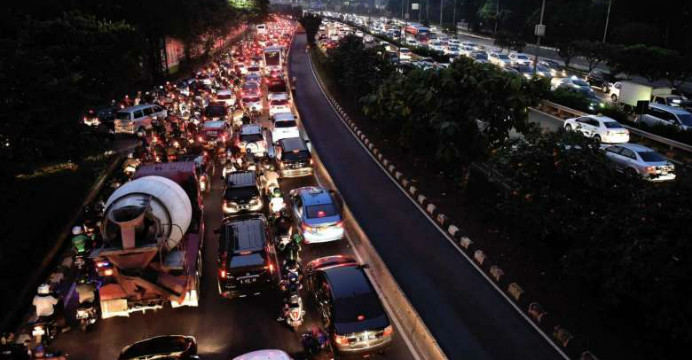 Twelve people have died during a massive three-day traffic jam in Indonesia that stretched more than 20 kilometres (13 miles) and brought thousands of holidaymakers to a complete standstill, an official said on Friday, reports BSS.

The horror traffic at a major highway junction at Brebes, a city on the main island of Java, was so bad that Indonesians dubbed the disastrous toll gate “Brexit”, from the words “Brebes exit”.

Roads across the world’s most populous Muslim-majority country are choked every year at the end of the holy month of Ramadan, as millions head to villages to celebrate Eid, which fell on Wednesday. 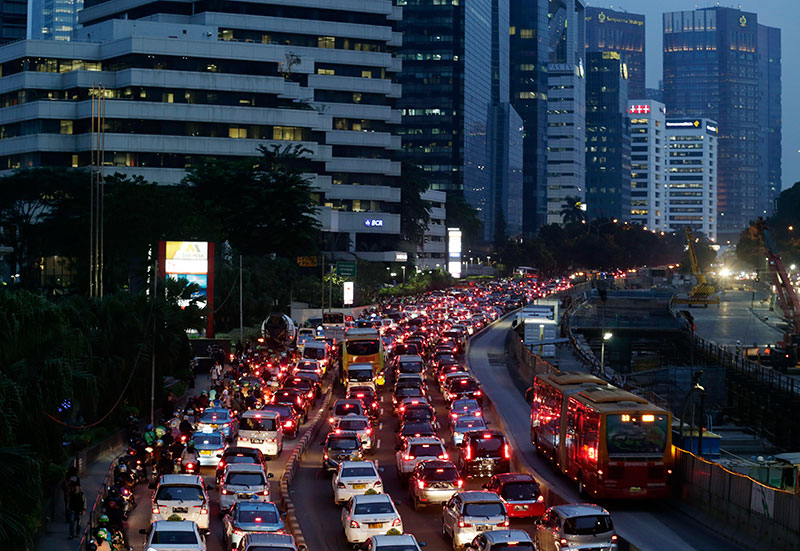 A general view of heavy traffic on a main road in Jakarta, Indonesia * PHOTO: EPA

But the chaos at the “Brexit” junction this year was particularly acute in the three days before Eid, as tens of thousands of cars crammed the arterial highway, transport ministry spokesman Hemi Pramuraharjo told reporters.

“In terms of this Brexit case, there’s been a total of 12 victims over different days,” he said. The deaths occurred between July 3 and July 5, not a single day as earlier reported, he said.

Pramuraharjo said several of the victims were elderly while others died from fatigue and other health complications. Local media reported that a one-year-old suffering from fume poisoning was also among the deceased.

More than 400 motorists had died on Indonesia’s roads so far this holiday season, including those in the “Brexit” jam, Pramuraharjo said.

Accidents are not uncommon during the holiday odysseys, particularly on the potholed roads of overcrowded Java, home to more than half of Indonesia’s 255 million people.

At the “Brexit” snarl, frustrated motorists posted pictures to social media showing cars snaked back for miles. Aerial shots captured a sea of motionless vehicles, with some drivers seeking respite on the roadside.

Pramuraharjo said roadside vendors and crowded markets near the junction compounded the chaos, leading to traffic snarls “more than 20 kilometres” in length.

“There is a bottleneck there, where there’s a petrol station very nearby and many people queue,” he said.

“There’s no space on the road. We don’t have a solution.”

Responding to the controversy, the health ministry denied earlier reports the “Brexit” victims died in a single day, and urged motorists planning a long journey to rest and take all necessary precautions.

The ministry’s Achmad Yurianto said in a statement the heavy use of air conditioning could also lead to an increase in carbon dioxide within the cramped confines of the car.