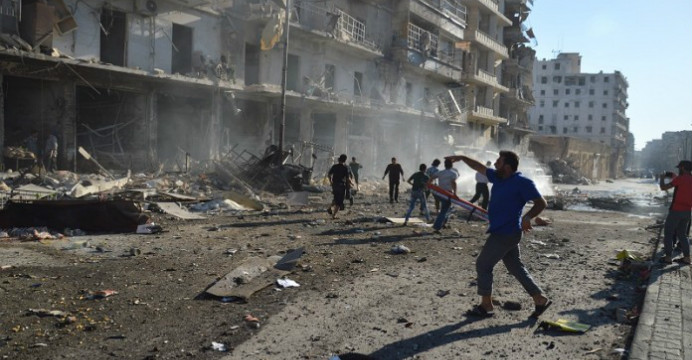 Fierce government bombardment of an opposition-controlled Syrian town has killed 43 people, among them children and medical staff, a monitoring group said on Sunday in a new toll, reports BSS.

Hours of air strikes and shelling on Saturday struck Jayrud, 60 kilometres (35 miles) northeast of Damascus, according to the Syrian Observatory for Human Rights. Observatory head Rami Abdel Rahman said two medics were among the dead, as well as women and children.

The bombardment — the first on Jayrud in at least two years — began after Syria’s armed forces said Islamist militants killed a government pilot when he was forced to eject from his plane on Friday. In a statement, the military had pledged that the attack on its pilot “will not go unpunished”. 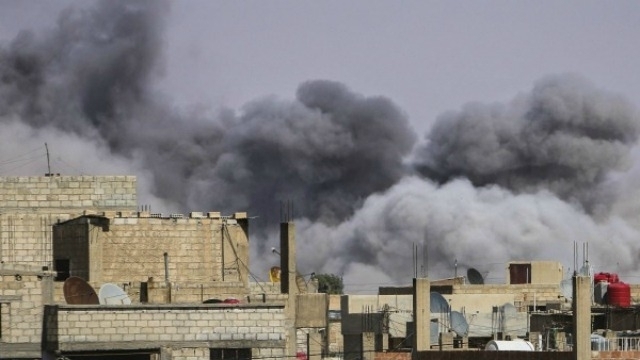 Early Sunday, Abdel Rahman said prominent figures in Jayrud had reached an agreement with government officials “that the (rebel) fighters would leave the town in exchange for the pilot’s body being handed over.”

A Facebook page run by Jayrud activists that publishes news about the town said rebels began withdrawing from their bases around the town overnight.

A truce between the regime and local representatives had kept the town calm for over two years. Dozens of similar agreements have been brokered among the myriad of armed groups fighting in Syria’s complex war.

But a broader ceasefire between government forces and non-jihadist rebels brokered by the United States and Russia in February has been repeatedly violated by both sides.

More than 280,000 people have been killed and millions have been displaces since Syria’s conflict broke out in March 2011.